The Mobile Phone Museum team recently attended the glitzy Mobile Industry Awards which was celebrating its 20th anniversary in 2022. The organisers and sponsors, which include Genuine Solutions, a long-time supporter of the Mobile Phone Museum project, asked whether we would be prepared to come along to the evening to showcase some icons from the museum collection.

Thanks to some generous support from Vodafone UK, we purchased an exhibition stand and enjoyed a fun evening telling some of the key figures from the UK mobile industry about the Mobile Phone Museum and its goals. 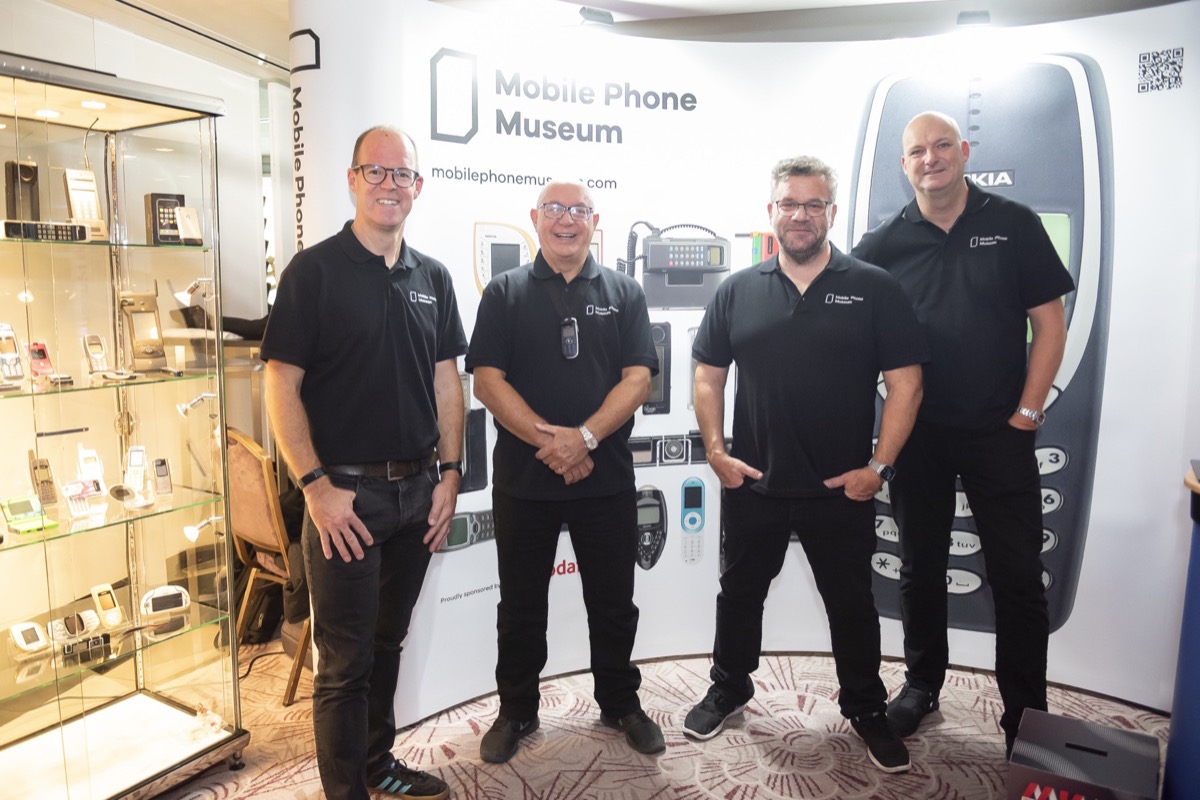 As part of the event, the Mobile Industry Awards team arranged a BYOP initiative – with BYOP standing for “Bring Your Old Phones”. This helped raise awareness of the museum’s goal of adding as many interesting devices to its collection as possible. Several phones were donated during the evening, including a couple that we did not already have! 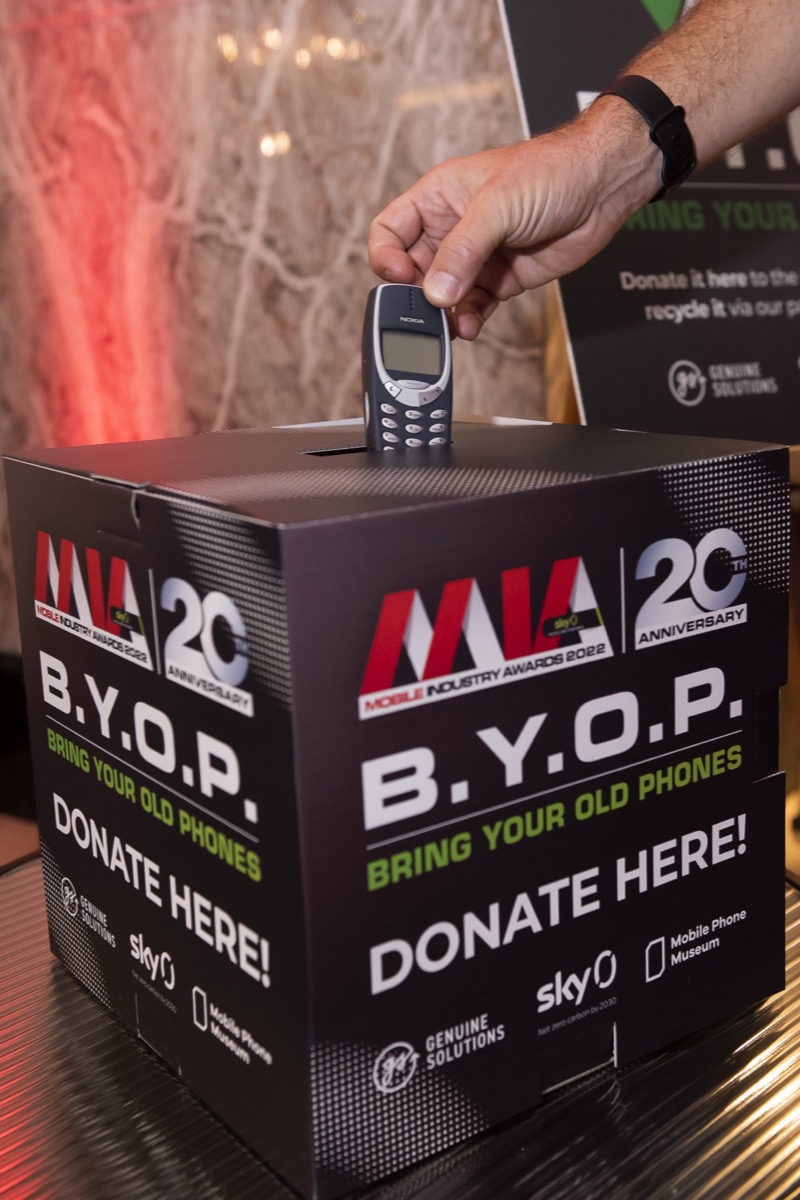 Many thanks to all involved. We had a great evening and appreciated the enthusiasm for the project from so many people – as well as a number of offers of some very rare devices that are on our “Most Wanted” list. Fingers crossed on the Samsung Matrix Phone coming our way!