The IBM Simon is widely regarded as one of the first devices that could be termed as a “smartphone” – however it is important to note that when it was launched, it was characterised as a PDA (personal digital assistant) with communication capabilities via a cellular connection. It was the result of IBM's desire to design a "computer that could fit in your shirt pocket". The term smartphone was only conceived later by Ericsson with its prototype device, the GS 88 (Penelope) “smart-phone”. This eventually led to the Ericsson R380 which was the first mobile phone to be commercially branded as a smartphone. The early prototype of what would become the IBM Simon, which was the brainchild of IBM engineer Frank Canova, was showcased at the Comdex trade show in Las Vegas in 1992. IBM demonstrated a device (with the code-name “Sweetspot”) that combined the capabilities of increasingly popular handheld PDA devices with a mobile phone. This prototype captured the imagination of some executives from telecoms company BellSouth and a project was started to make the “Sweetspot” prototype device a commercial product. IBM approached Motorola to be the manufacturing partner, but it declined as a result of concerns it could help IBM emerge as a competitor in the mobile phone market. Ironically, some time later, the success of the IBM Simon accelerated Motorola’s efforts to pursue its own smartphone development with the Motorola MAP project. Eventually IBM struck a deal with Mitsubishi Electric to be the manufacturing partner. The commercial product was unveiled at the Wireless World Conference in partnership with BellSouth in November 1993. The name, Simon Personal Communicator, was created by the BellSouth team and it was marketed using the slogan “Mobile Communications Made Simple.” It was derived from the children’s game “Simon Says” and was considered to be a name that was easy for consumers to remember. At the launch, the product development manager at BellSouth (Rich Guidotti) stated that “Simon represents the first real personal communicator because it was designed to be a cellular phone – a communications device – first, and a computer second.” In the press release announcing the Simon, it was stated that “it was the first time a company had placed a computer in a cellular phone, rather than placing a cellular phone in a computer.” The original plan was to put the device on sale in May 1994, however technical issues around “the integration of Simon’s cellular faxing capability” delayed the launch until August 1994 when it was offered across 15 states in the US on BellSouth’s AMPS network for $895 (with a two year contract) or $1099 without a contract – the equivalent to approximately $2000 in 2020. It has been reported that BellSouth sold approximately 50,000 units between 1994 and 1995 making this a very rare device today. The graphical user interface on the Simon device was called Navigator and was created by IBM on top of a file system called Datalight. The primary screen on the phone was a traditional looking virtual phone keypad. The graphical interface that was presented to users when the device was being used as a personal communicator was revolutionary, provided a much more intuitive user interface compared to the text-based framework typically used on mobile phone up to that point. Applications included on the Simon beyond the phone were an address book, email support (via Lotus cc:Mail), a calculator, a calendar, ability to send a fax, a note pad, a world clock, a file manager, a sketch pad and paging support (via a “paging card” that could be inserted into the PCMCIA slot on the device). These capabilities were highlighted in the ‘Simon Says “Hello”’ advertising at the time. 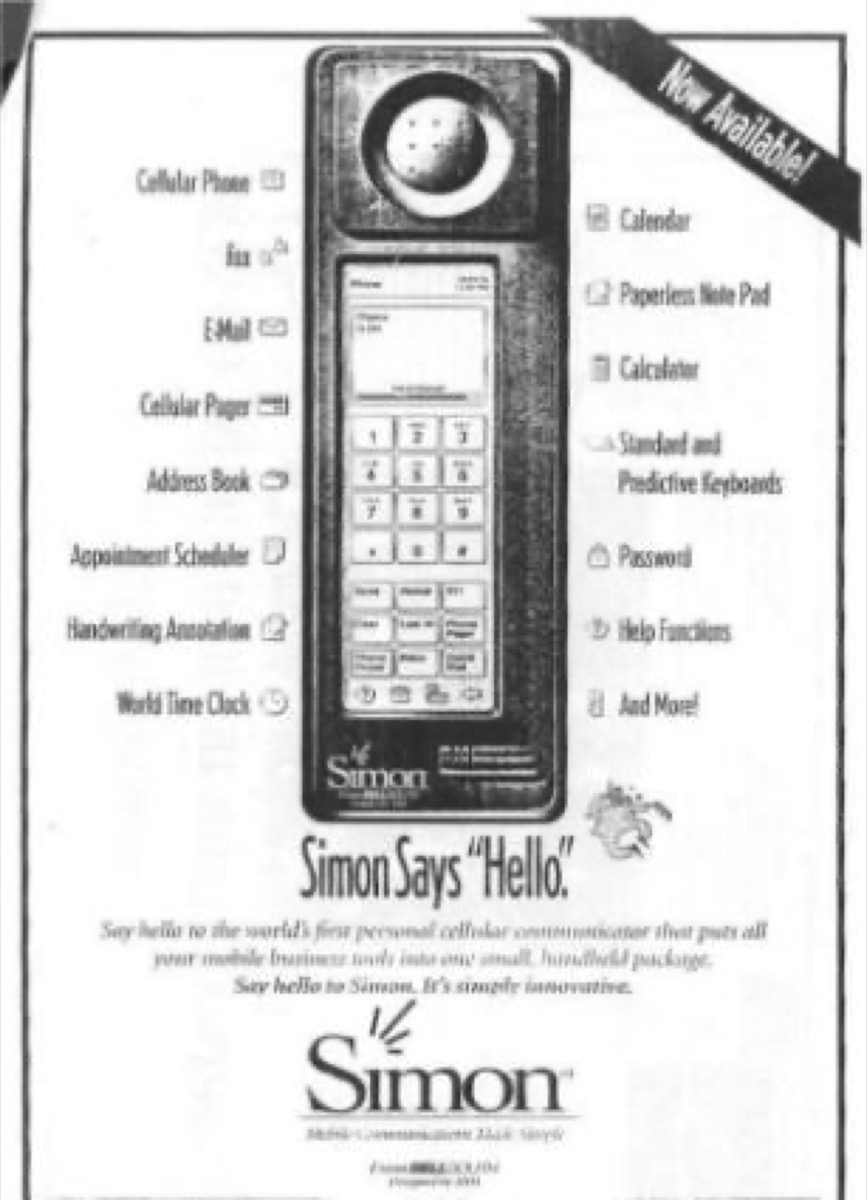 The Simon also had a stylus that allowed users to draw on the screen offering the breakthrough capability of being able to write or draw on the phone and have the content sent at as fax. The PDA could also be used to type by selecting letters on a qwerty keyboard that was displayed on the screen. IBM also introduced technology called “predictive keyboard” on the Simon. When using this function, only a portion of the keyboard was displayed on the LCD display and when a user selected a letter, the Simon would predict the next letters the user was most like to choose and display them on the screen. Extensive details of the device and its user interface can be reviewed in the user manual for the Simon which can be found here. The IBM Simon also appeared in a film called “The Net” and more recently in the Apple TV+ series "For All Mankind". A follow up device called the IBM Neon, which had a screen that rotated if you turned the device on its side, was eventually abandoned, but directionally also signalled the future capabilities of smartphones. 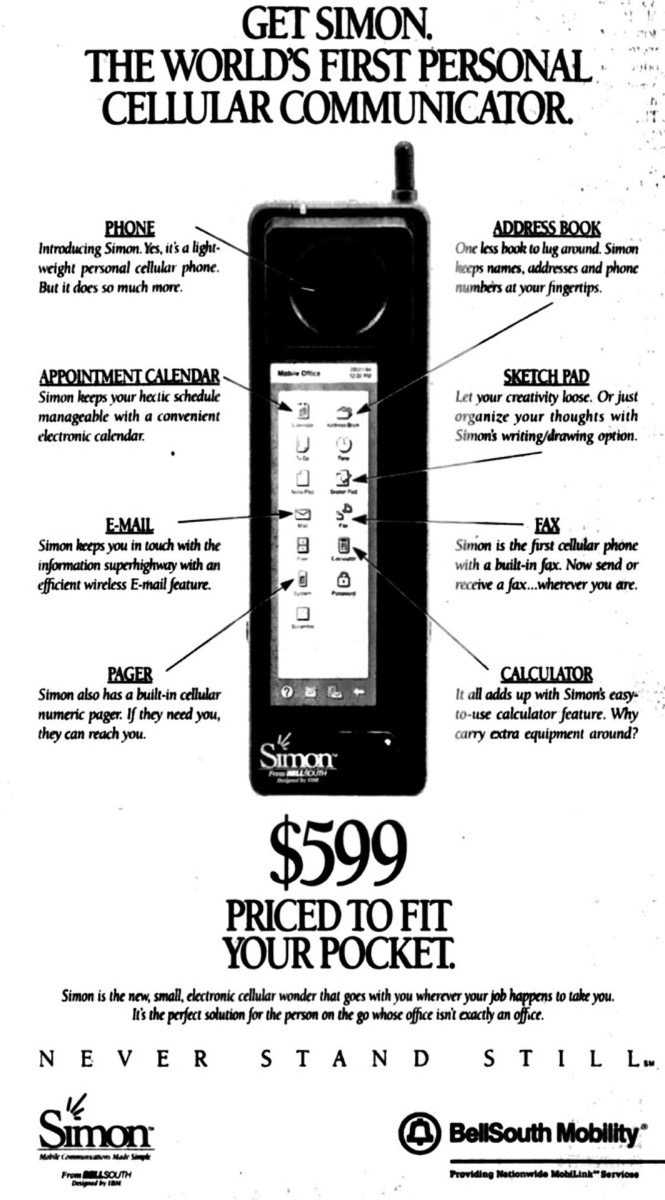 Part of collection
Phones in Movies