The Nokia 6800 was a “phone-first” design that had a “handlebar” keyboard cleverly engineered into the device. The integrated keyboard, which was hinged from the top of the device, swung open and sturdily snapped into place. When open, the phone was used in a landscape orientation and it was easy to type with your thumbs. 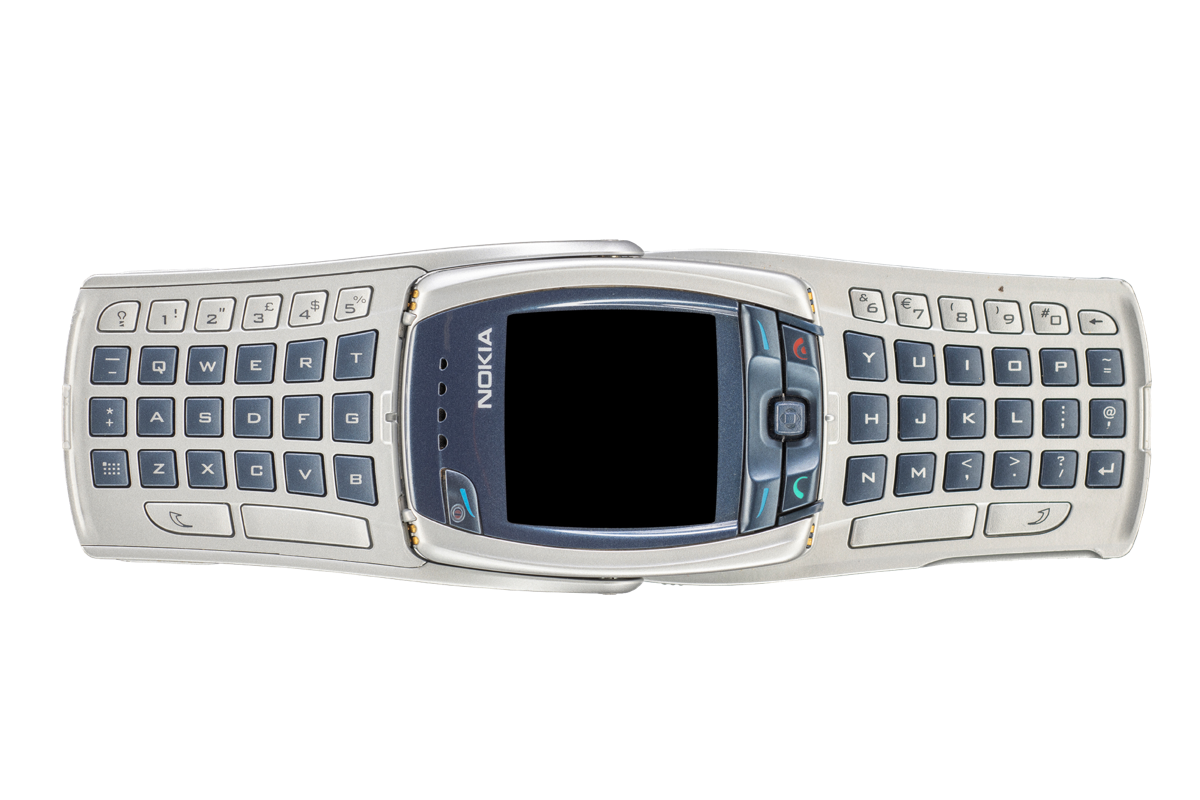 Once the keypad was locked in place the screen rotated 90 degrees counter-clockwise from a vertical to a horizontal view. At the time this was quite revolutionary, although it is now considered a normal transition when a smartphone is placed on its side. This clever design offered an alternative to a mini qwerty keyboard on the front face of the device (instead of a traditional phone keypad) or a clip-on keyboard such as the Ericsson Chatboard (below) which was announced a couple of years earlier. 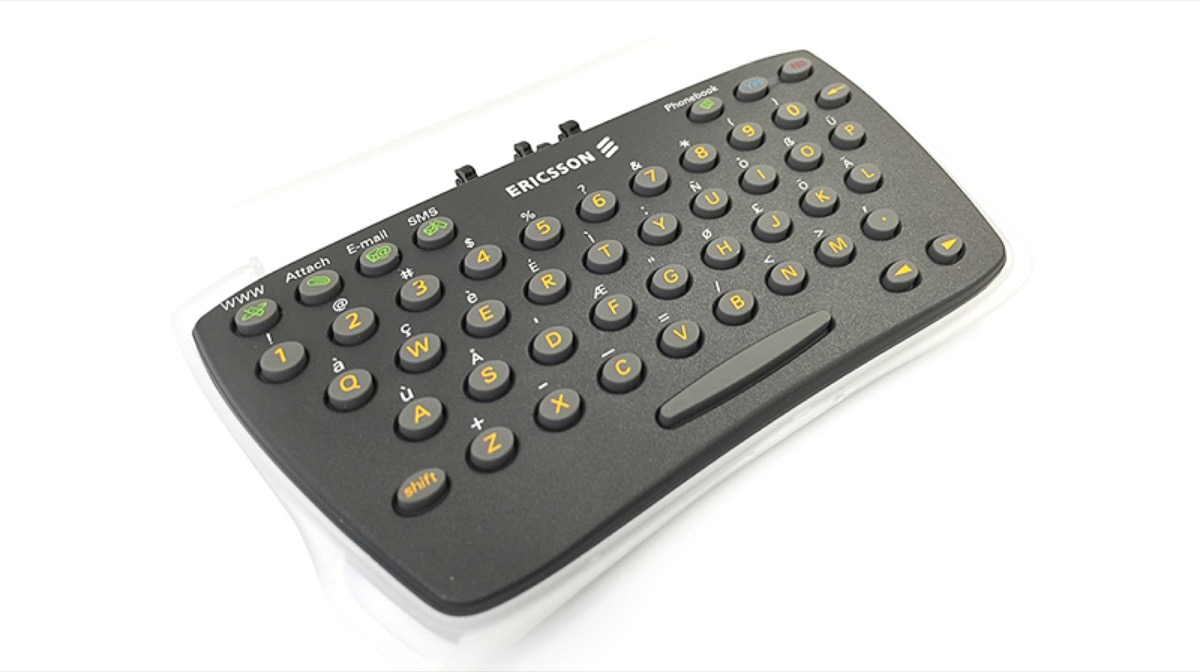 At launch, Nokia described the 6800 as a “messaging device optimized for efficient text input”. It was hugely popular with users who liked sending text messages via the 160 character short message service (SMS). The design was successful enough to be followed by three further iterations of the original design as well as a Symbian-based smartphone, the Nokia E70, which used the same industrial design.
PREVNEXT