The Technophone Excell PC105T was a hugely disruptive phone when it launched in 1986. It was the smallest mobile phone available at the time, with the bold claim of being the first “pocketable phone” in the world. Although initial design work was done in 1983, development started in earnest in 1985 led by Technophone founder Nils Martensson, with the components being designed from the bottom-up to ensure the most compact final product. This included using an eight layer circuit board, integrated battery cells (rather than removable) that were specially designed with Sanyo and Panasonic to be as thin as possible, and a soft membrane ”flat” keypad that used the same technology as the Sinclair ZX81 computer, which Martensson had helped design with the team at Technotrend (Martensson’s previous venture).

Photo Credit Evan Amos, Sinclair-ZX81, CC BY-SA 3.0 Getting the project off the ground was hugely challenging. In 1983 there was no clear view of how big the mobile phone market would be, so Martensson commissioned a report from the Stanford Research Institute to determine the potential market size for mobile phones. The report concluded that the US market had the potential for approximately 30,000 mobile phones by 2000. In fact, recorded sales at the turn of the millennium reached an eye-watering 78 million units in North America according to research firm Gartner, underlining what an incredible phenomenon the mobile phone had become. The report was a key element in raising the investment required to establish Technophone. Fundraising, which reached £3.3 million and included a grant from the UK's Department for Trade and Industry, was done throughout 1983 with Martensson working on the design of the phone at night. Technophone was eventually incorporated on 2 April 1984. It was originally planned to be 1 April 1984, but the investors balked at this date as it was April Fool’s Day. Central to the phone’s architecture was the cleverly designed multi-layer circuit board technology. Nils had a German engineer in his team who was so talented that he was regularly able to “beat” printed circuit board (PCB) design software from the time. This expertise, combined with knowledge of the automatic assembly of circuit boards gave Technophone a tremendous competitive advantage. Skilful component sourcing was another key element of Technophone’s success. Martensson had established a deep knowledge of the Japanese component supply chain from his previous venture Technotrend, so he was able to secure access to cutting edge products that enabled his ambitious design. The two key components in the phone were the integrated circuits, which Martensson designed in his offices in Woking, UK. Having created the blueprints, he toured the key semiconductor makers including Motorola, Texas Instruments and VSLI – all of whom considered the designs too ambitious, suggesting he returned in two years when technology would have caught up with his design. Having been shunned by the major players, he turned to California Devices, a start-up hungry for business. They were happy to make the chips but needed test vectors to be created, which Martensson commissioned in the UK.

Nils Martensson with the Excell PC105T and its circuit board (November 2021) In August 1986, four samples of Martensson’s chips arrived – two of each of the chips required for the phone. At the time, they were two of the largest mixed technology integrated circuits ever made. The team quickly assembled the test circuit boards and were astonished to find the technology worked perfectly. They made a call to the team at California Devices who were absolutely astonished to learn they were being spoken to via the test mobile using their sample chips. Ironically, when the samples from the first production run arrived, they didn’t work underlining what an incredible achievement it was to have working first prototypes. Production slowly ramped up and the PC105T received type approval in the US in July 1985 and in the UK in August 1985. The radio performance on the device was considerably better than rival products. The name of the phone was derived from the approach taken with hotel rooms using a combination of numbers to provide information – e.g. Room 105 would be room 5 on the first floor. The 1 denoted the device being Technophone’s first phone and 5 identified support for 900-megahertz spectrum (at the time different numbers were attributed to different spectrum: 1: 40MHz, 2: 80MHz, 3: 160MHz, 4: 450MHz and 5: 900MHz). The “T” related to the phone supporting TACS technology. The PC105T was an immediate commercial success and by 1991 Technophone was selling phones in 40 countries around the world. The company recorded particularly strong sales in Europe with market share exceeding 50% in Germany, Italy and Sweden. When launched, the phone cost £1990 ($2800). Such was the engineering prowess within the device, that rival phone makers quickly started buying the device so they could tear it down to figure out how Technophone had managed to make such a small, but high performing product. Martensson even found someone going through the company’s bins when he was leaving the office late one night. The Excell PCT105 was also made available as the Technophone M1. Martensson was not too proud to insist on his brand being used, and others were used in specific markets to maximise sales, for example Audiovox in the US and Olivetti in Italy. Technophone went on to produce several further mobile phones including the Excell M2 which was a minor evolution of the PC105T, and also the PC135TD. In 1988, Technophone was awarded the Queen's Award for Enterprise: Innovation (Technology) for its “pocket cellular telephone” underlining how disruptive Martensson’s developments had been. The company was eventually sold to Nokia in 1991 for £34 million. By this stage, Martensson realised he did not have the financial resources required to sustain the research and development needed to remain competitive in the face of growing competition from larger, well-established rivals such as Motorola and Nokia. The acquisition helped propel Nokia to become the world's number two mobile phone manufacturer behind Motorola in 1992. The PC105T is included as part of the London Science Museum’s collection. This description was based on an interview conducted with Nils Martensson in November 2021. Thank you to Nils and his son Patrick for giving their time to talk to the Mobile Phone Museum. 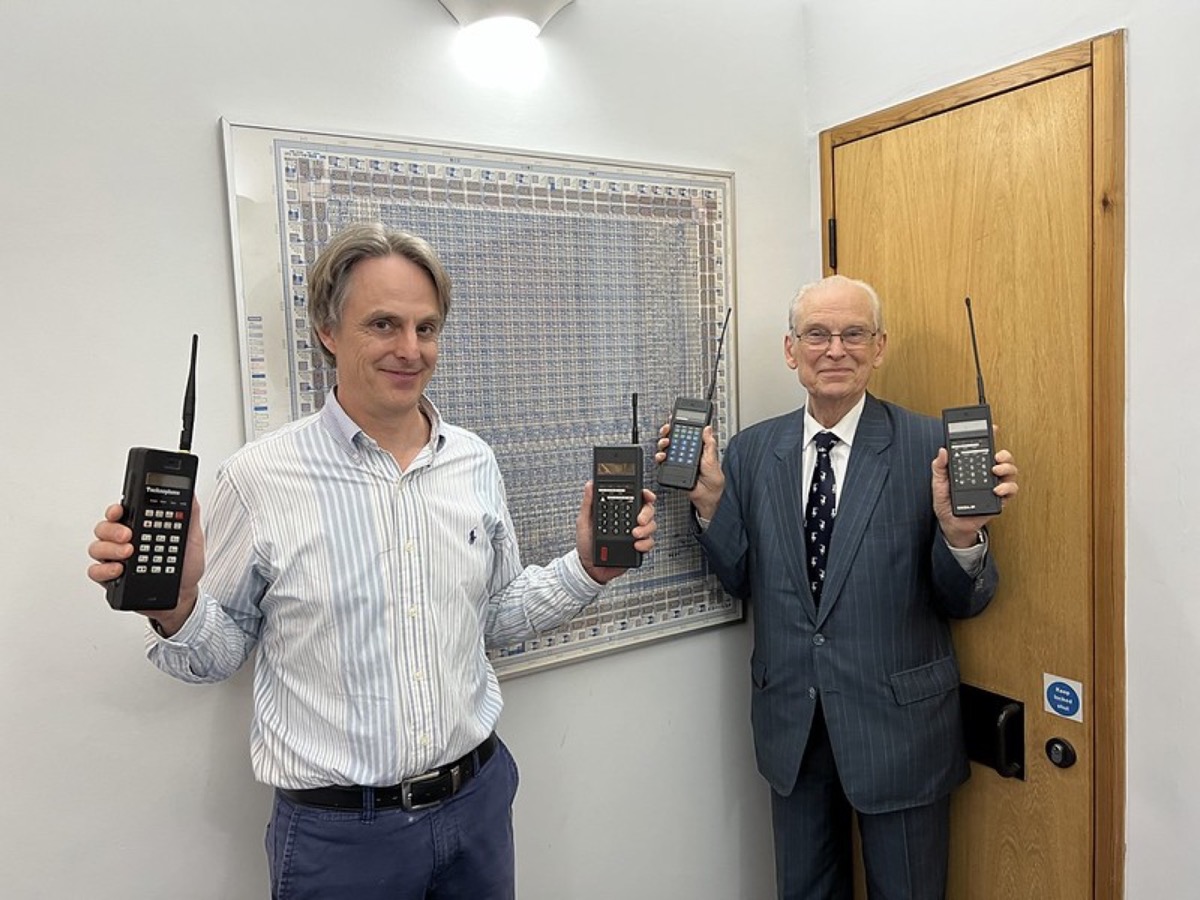